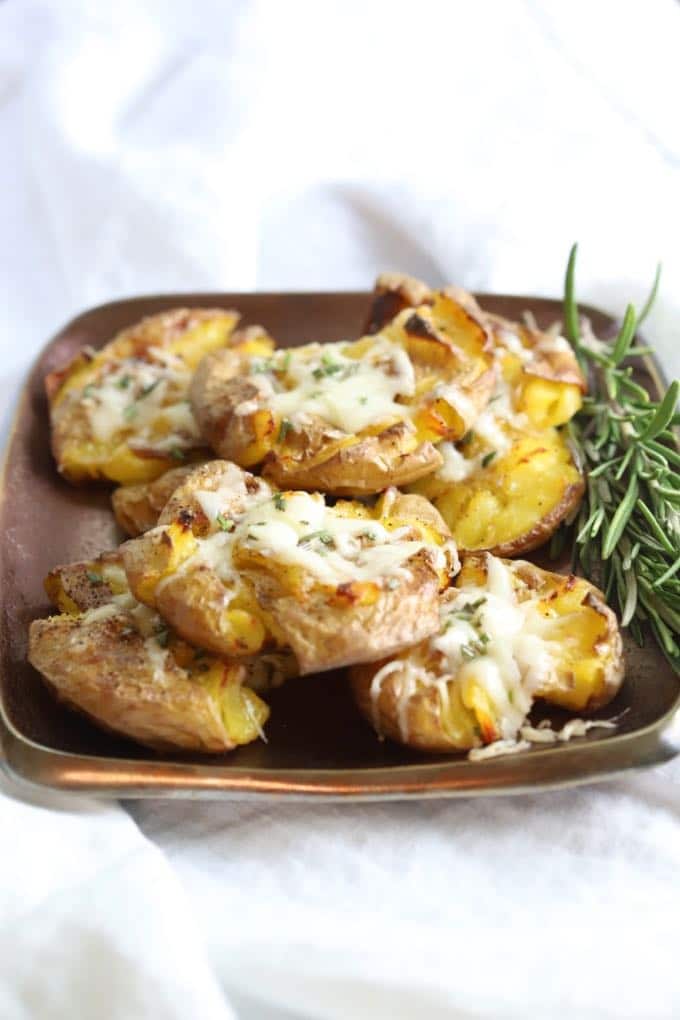 Easy Parmesan Truffle Smashed Potatoes are everything you would expect them to be: soft and fluffy on the inside, crispy on the edges, with melted parmesan cheese and the most wonderful earthy truffle flavor from black truffle sea salt.